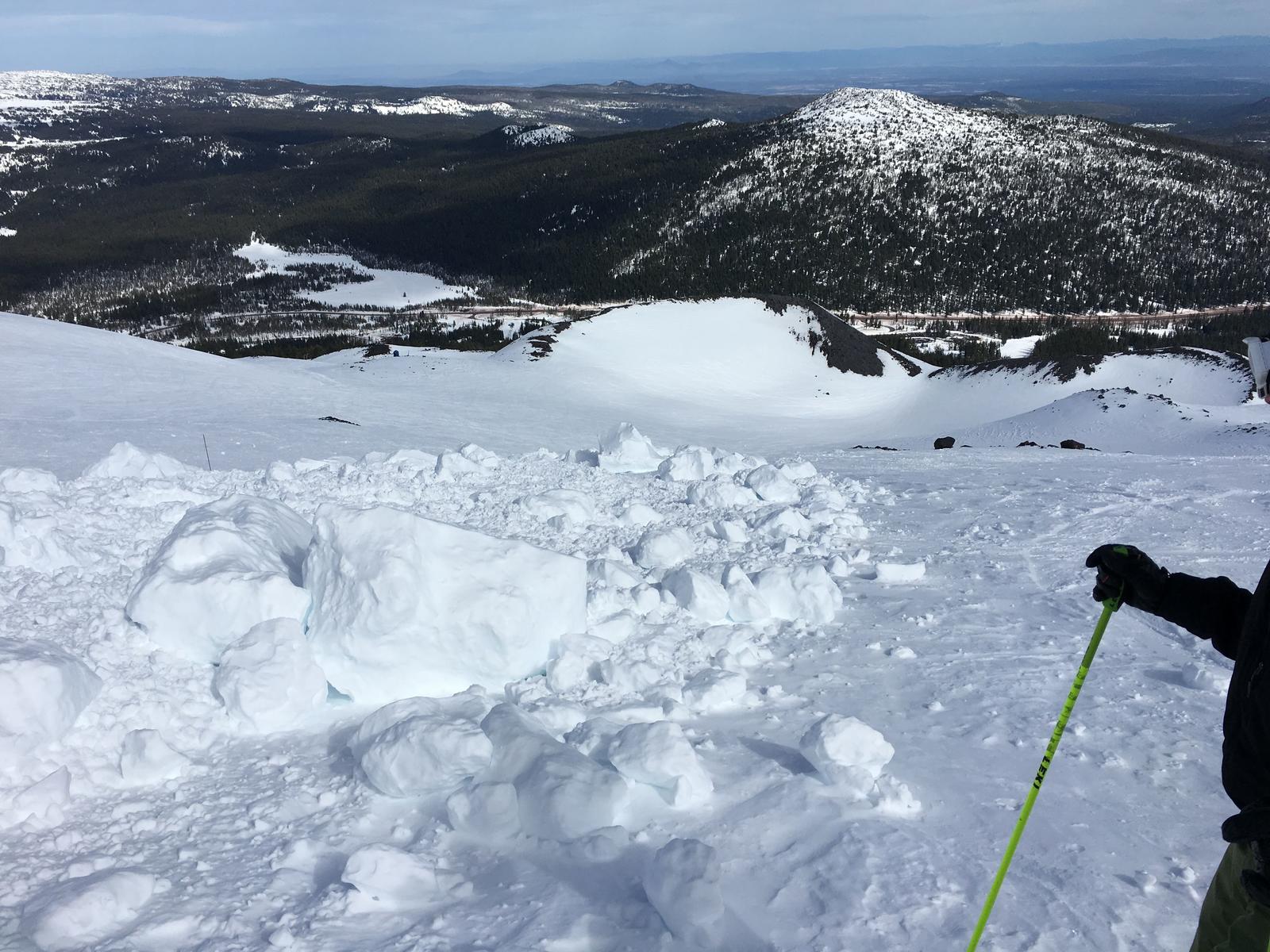 KNOW BEFORE YOU GO: Knowledge of avalanche conditions and terrain can keep us all alive

I started a particular winter morning like I often do, by heading into the mountains for an early morning session of powder skiing before work. Climbing up through the forested sections of Tumalo Mtn with only the moon and my headlamp illuminating the way, I quickly gain the ridgeline and quicken my pace as the East Face bowl comes into view. 10 inches of fresh snow overnight and a chilly 15 degrees where all the motivation I needed for this “dawn patrol” excursion. Nearing the top I spy a group in front of me ready to descend, and as the first rider jumps in, the snow collapses around him, crackling like egg-shells, and swiftly carrying the passenger towards the bottom of the slope. AVALANCHE!

In order to survive and thrive in avalanche conditions, awareness of what dangers lurk are paramount. According to The National Avalanche Center, avalanches kill 30 people per year, and injure many more. The NAC defines an avalanche as ‘ A mass of snow sliding, tumbling, or flowing down an inclined surface.’ In practical terms its important to know a few basics in order to avoid the potential tragedy of setting off or getting caught in The White Death.

GET GEAR: Besides a fully functioning brain, there are 3 items considered mandatory for winter backcountry travelers. Pete Keane, Owner of Timeline Mountain Guides says, “education is the key to staying safe. Learn how to use your beacon, shovel and probe. Practice. Practice some more. Take time to understand how your personal equipment works”, he says.

BEACON/TRANCEIVER: a device that sends and receives radio waves and used to find buried victims. The Avy Beacon is an absolute must-have for winter travel. SHOVEL: move snow quickly in a victim recovery scenario, and used in snowpack analysis. They are lightweight and collapsable. PROBE: made from aluminum or carbon fiber, a probe helps to quickly find the exact location of buried victim before shoveling.

GET TRAINING:  Aaron Hartz is a Ski Guide and Avalanche Forecaster for Central Oregon Avalanche Center. “People can’t get enough information, knowledge or experience when it comes to traveling in the backcountry” he says. The importance of this fact is repeated by professionals around the world. When it comes to safety in avalanche terrain, “It’s a numbers game”, says Hartz.  “There are more skiers and riders accessing the far reaches of the backcountry, and more snowmobiles helping them get there.” With increase participants, there is even greater responsibility put on the shoulders of backcountry users.

By forgoing proper training, you’re not only endangering yourself, you’re risking the life of anyone traveling with you or skiing nearby. The motto “Earn Your Turns” has more than one meaning: Don’t ski, snowboard, snowshoe, or snowmobile in the backcountry or side-country (The Cone for example) without formal avalanche training and basic first aid knowledge.

Where do we go for knowledge? Central Oregon Avalanche Center is our best local resource. COAC is a non-profit with the mission of increasing avalanche safety, awareness and education in Central Oregon. They host a Pro Observer Network, which provides observations four times a week and snowpack summaries two times a week December through April. "Our goal is to become a full fledged avalanche center within the next 3-5 years which means we will be able to post daily avalanche bulletins”, she says.

“We host five 'Know Before You Go' avalanche seminars throughout the winter, (which) are free, open to the public, 1-1.5 hr presentations that convey the basics of avalanche safety. They are excellent introductions for new backcountry users or refreshers for experienced users’, she says. Certification courses are also available through professional educators like those from Timberline Mountain Guides, Oregon Ski Guides, and 3 Sisters Backcountry. One positive element from an increase in users, is having increased educational opportunities. Roy says, “we recently hosted the inaugural Bend Snow & Avalanche Workshop in November which brought 280 snow enthusiasts together to soak up the expertise and wisdom of 13 speakers from around the country touching on topics from decision making to human factors to snow science”.

Check the COAC website at www.coavalanche.org for the latest snow observations before heading into the backcountry. As the snowpack can change from day to day, its imperative to know what conditions await. For example, slab avalanches account for nearly all the avalanche related deaths in North America.  Hartz reminds us that “wind plays an enormous role in our local snowpack.  Although we are a Maritime climate, where dangerous conditions happen quickly then drop off, (dangers such as) cornices and storm slabs can combine with persistent weak layers in the snowpack, lead(ing) to very dangerous conditions.”

GET OUT THERE Skiing, riding and sledding in the backcountry is an awesome experience. With the right gear, knowledge and plan, one can experience snow-sports in a seemingly endless amount of real estate. Hartz reminds us that because slope like Tumalo Mountain are so close, “lots of new people are exposed to the sport here, but tend not to give the area as much respect as they should. The East Face bowl of Tumalo is classic avalanche terrain. There have been several partial burials there, and all have been lucky enough not to have a (tragic) ending”. Giving us one last piece of advice, Pete Keane says, “just because there are dangers, doesn’t mean all terrain is dangerous. Understand the dangers, specifically, how angle and shape of the slope, combine for potential danger. Using terrain observations to keep safe is the best starting point for (new travelers). Then add knowledge about snowpack and snow science through an avalanche course.”]

5 RED FLAGS is a system that uses simple visual clues to evaluate whether avalanche conditions exist.

If you see signs of natural avalanches (crown lines, debris) this is a sign that avy danger should be taken very seriously. Take extra precaution if the natural avalanches have occurred at a similar elevation and on the same aspect as the slope you want to ride.

3) COLLAPSING OR CRACKING IN SNOWPACK

If you feel the slope collapse under your feet or hear whomping sounds this is a sign of unstable layers in the snowpack. Cracks may also shoot out from your skis or board as you skin or ride in fresh snow. These are all signs of dangerous snow layers.

No matter the starting temperature, any rapid warm up is dangerous because the snowpack does not have time to adjust to the temperature change. Take extra precaution on the first warm day after a storm cycle.

If the wind is strong enough to transport snow then the avalanche conditions can change from stable to dangerous without any new snow. Watch for blowing snow on high ridges and beware of wind loaded pockets at the top of faces and chutes.